Where are People Moving to in Australia?

If it’s time to start planning your move in Melbourne, give us a call 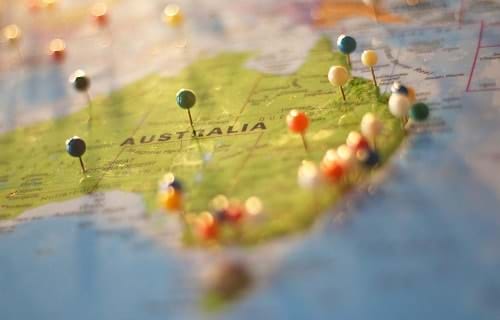 It’s a fact - Australians are on the move! Over 7 million of them in the past four years to be precise. But where they’re going may come as a surprise. Australians aren’t moving to a new country, they’re moving to new parts of the country.

People are moving around the country for a number of reasons; for retirement, for a sea change or tree change, and also for more affordable housing options. So, while the cities and urban areas may be feeling the sense of an exodus, regional population growth is increasing.

Interstate relocations have become popular for a number of reasons, and the places people are moving to may surprise you.

Why are people moving interstate in Australia?

With an ageing population, many baby boomers are on the cusp of retirement, with many of them choosing a new city as the perfect place to retire to! Perhaps they are moving closer to friends and family, or to a more slow-paced destination so they can enjoy their retirement.

The hustle and bustle can get a bit much for retirees wanting a quitter, calmer life know they’ve hung up their work obligations for good. Rural areas and sleepy, beachy towns are popular with retirees, but the main factor in their destination is their families.

With urban house prices skyrocketing, first home owners and young families are finding it harder than ever to get into a house of their own. With the average house price in Sydney reaching $900,000, people are being forced to look further afield for something a fraction of the price.

A life in the city means a lifetime of paying someone else’s mortgage by renting. Owning your own home has always been the Australian dream, and to achieve it, home buyers are having to cast a wider net.

Many regional house prices are less than 50% of the cost of the average house prices in central Sydney and Melbourne, so it can often be a no-brainer to make the move out to the regions, partiality those still a commutable distance from the city centre.

Many young people are making the move across the country, with the latest census recording one-third of young people having lived at a different address in the year before the census.

A sea change or tree change is becoming an increasingly popular for those wanting to escape the rat race and life a life free from excess consumerism. Wanting a simpler, richer life, people are turning to the country and the coastal towns in droves in search of a more fulfilling lifestyle and to give their kids an opportunity to grow up in a carefree environment. Making this kind of move with your family lets you focus on what matters most and forget about the pressures of big city life.

Where are people moving to?

The 2016 Census recorded more people moving to Queensland than any other state, with 220,000 people moving there in the past five years. Queensland was a popular destination for people leaving New South Wales and the Northern Territory.

No surprises here, the sunshine state has a lot to offer – summer like conditions year-round, as well as endless beautiful beaches to enjoy.

For those leaving South Australia, Western Australia and Tasmania, Victoria was the destination of choice. A popular choice for younger people as Victoria has a strong appeal – offering endless amazing food, world class events unbeatable shopping and urban culture.

However, 87% of Victoria’s growth has been in the greater Melbourne area. So, while migration is high to the state, people are headed for the regions of Melbourne where they can enjoy affordable housing while still being close to the city.

Why should you move interstate?

Moving interstate is easier than ever. Many interstate relocation companies offer a full service; from packing and unpacking, house cleaning, short and long-term storage and even transit insurance, which means they will literally do all the heavy lifting for you!

Technology advances such as video conferencing and faster broadband internet mean people can even work remotely – so moving to a new state is no longer dependant on having a job offer.

Trading in the stressful city life for a more relaxed lifestyle closer to the beach, nature or friends and family is good for the soul. You can say goodbye to traffic jams for good!

Are you considering moving interstate?

Whether you’re moving across the city, or moving interstate, John Ryan Removals’ team of experts will make your move easy. Talk to our friendly team about your interstate relocation and how we can make moving day a breeze.

To find out more, contact our friendly team or request a free quote.

1. How to Improve the Value of Your Home
2. Pros and Cons of Using Moving Containers
3. The Real Costs of Moving House
4. 11 Questions You Should Ask Your Removalist Company
5. Designing an Office Layout for Your Business